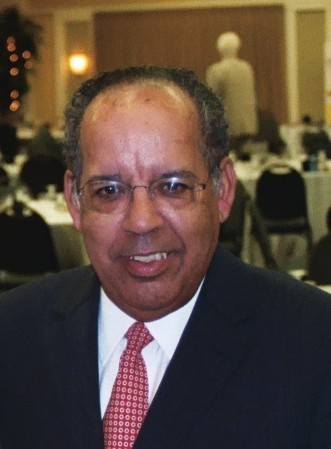 As you may know, the Senate is currently debating healthcare reform.¬† The many amendments that are pending each require 60 votes to pass. We‚Äôve all witnessed much debate and questioning on this topic, what we aim to do here is breakdown some of the key issues as well as, discuss what reform would mean in New Jersey.

First, a new report from the Center for Medicare and Medicaid (CMS) shows that healthcare reform bill could be a cost savings for many. According to a recent White House Blog, the bill could add years to the life of Medicare, lower costs for seniors and slow the rate of healthcare cost growth. Specifically, the report speculates that it can extend the life of the Medicare trust fund by nine years. In regard to their statement about saving seniors money, CMS reports that by 2019, the bill would save seniors nearly $700 per couple, reducing premiums by more than $300 per year and out of pocket costs by another $370 per year. CMS also predicts that as savings from reform kick in national health expenditures are projected to increase at a slower annual rate.

Some of the other areas that experts have indicated additional cost savings in are injecting accountability, competition and choice into the system through the insurance exchange; giving providers incentives to coordinate care; and transforming Medicare payment policies to reward quality of care (not quantity).

That leads us to the ‚Äúexchange‚Äù, otherwise known as the public option. Some say the insurance exchange is a key element in providing coverage to the currently uninsured and making insurance more affordable for those who buy coverage on their own. Simply stated the exchange would be an entity that offers a choice of plan in an organized and competitive market. The exchange could also establish some common rules regarding offering and pricing of insurance coverage and provide the consumer with information to help them understand what is available. Much controversy surrounds the idea of a public, government-run plan being included in the exchange, as amendments are made and voted on, only time will tell if this will be an option or not. A hope expressed by many, including New Jersey Representative Rush Holt, is that the exchange, with or without a government-run plan, will allow more Americans to access coverage that currently is not available to them. That may mean including income-based plans other than Medicaid for those that find themselves above the income guideline for that program, but still can‚Äôt afford commercial insurance coverage.

So, you may be wondering, what does that mean for New Jersey? According to the Employers Association of New Jersey (EANJ), 95% of the state‚Äôs businesses employ 50 or fewer employees; this represents nearly 1.36 million people. Many uninsured adults are employed by small businesses that find healthcare too costly. Healthcare reform, specifically the ‚Äúexchange‚Äù, would allow for those individuals to obtain affordable healthcare coverage.¬† EANJ also reports that healthcare premiums in New Jersey rose almost 5 times faster than wages in the past decade. If healthcare reform is able to create some rules and standards regarding the cost of coverage and companies abilities to deny coverage, perhaps this disparity would not be so great.

Lastly, Representative Rush Holt has done much to educate his constituents about healthcare reform; his website contains many links with information about the bills. Some of the statements regarding how New Jersey could benefit from the passing of healthcare reform are: improving employer based coverage, credits to help pay for coverage for households that are uninsured, allowing small businesses to obtain affordable health care coverage and providing tax credits to help reduce health insurance costs, improving Medicare, including closing the prescription drug donut hole and reducing the cost of uncompensated care for hospitals and health care providers by $38 million.

Want more information? Have something to add or a question to ask? Please contact your Senator!