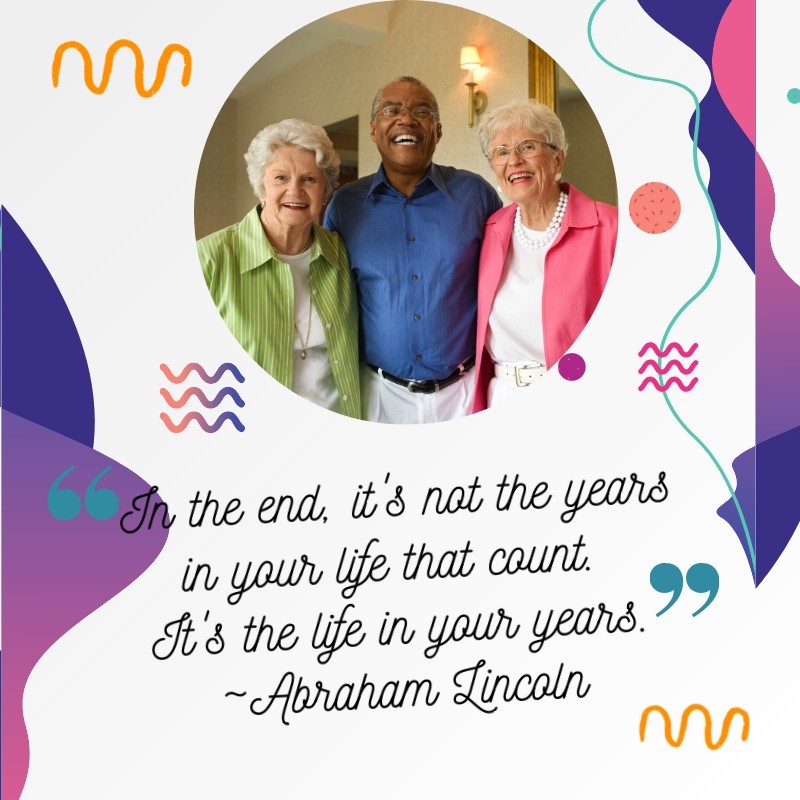 (With apologies to beloved game show host Alex Trebek.) Happy New Year! Let’s start 2020 with a “Jeopardy”-esque answer, and you provide the question.

Answer: “According to multiple research studies, our happiest days occur at this age in life.”

OK, time’s up. The correct question? “What is old age?”

Surprised? You’re not alone. Gerontologists and sociologists call this “the paradox of aging.”

Old age, it appears, is often a time defined by peace, gratitude and fulfillment — and not by sorrow, dread and regret, notes author and psychologist Alan D. Castel from the University of California (UC), Los Angeles. In his book Better With Age: The Psychology of Successful Aging, Castel argues that in some ways, our youth and middle years are somewhat of a training period for the unanticipated pleasure of being an older adult.

Researchers Susan Charles, professor and chair of psychological science at UC, Irvine, and Margaret Gatz, professor of psychology at University of Southern California (USC), Dornsife, discovered that only the very oldest group they studied registered a slight decline in positive emotions.

When award-winning New York Times reporter John Leland was 55, he began following the lives of six people over age 85, expecting to write about the difficulties associated with growing old. He was also the main caregiver for his octogenarian mother at that time.

That experience changed his understanding of old age, he said, and inspired his book, Happiness is a Choice You Make: Lessons From a Year Among the Oldest Old, a New York Times bestseller.

“When the elders described their lives, they focused not on their declining abilities, but on things they could still do and found rewarding,” Leland wrote in a 2018 New York Times article titled “Want to Be Happy? Think Like an Old Person.”

So why is there still disbelief about aging and happiness?

Researcher Charles admits that when you ask people what they think 80 looks like, they’re likely envisioning dementia and nursing homes.

USC Dornsife’s Norbert Schwarz, provost professor of psychology and marketing, concurs. He says that when we’re evaluating our lives, we tend to focus on the negatives, such as increased frailty, declining independence and health, the loss of loved ones, and eventually, our own demise.

Another common misconception about aging, adds Schwarz, is that increasing awareness of mortality causes unhappiness.

On the contrary. Schwarz states that based on research, activity is tightly tied to the reason why people grow happier as they age. He notes that they may have had jobs they didn’t like and when they retire, they have better days.  Seniors are then spending less time on activities that aren’t very enjoyable and cause higher levels of stress. Additionally, they have more time to spend with others, and “all of that lifts our spirits,” he says.

Leland had a similar experience. “Older people report higher levels of contentment or well-being than teenagers and young adults,” he noted in the “Want to Be Happy? Think Like an Old Person” article he penned.

“The six elders put faces on this statistic,” Leland wrote. “If they were not always gleeful, they were resilient and not paralyzed by the challenges that came their way. All had known loss and survived. None went to a job he did not like, coveted stuff she could not afford, brooded over a slight on the subway or lost sleep over events in the distant future.”

Perhaps now, some won’t look towards the future with a sense of fear and dread — they’ll “think like an old person” and be happy instead!

Better With Age: The Psychology of Successful Aging and Happiness is a Choice You Make: Lessons From a Year Among the Oldest Old are available through smile.amazon.com. Please select New Jersey Foundation for Aging, Inc. as your charity of choice on smile.amazon.com. Then, every time you make a purchase on the site, AmazonSmile will donate to us, at no cost to you! Thank you!